Defense In Hawaii: Past and Present 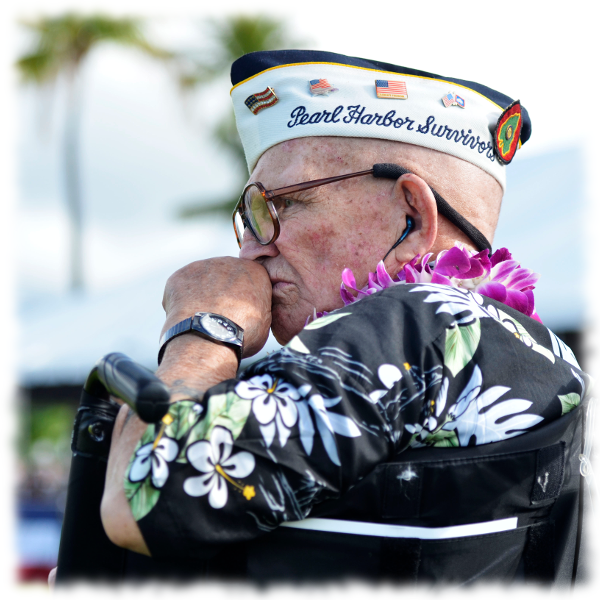 Hawaii’s strategic location in the Asia-Pacific region has made it an appropriate home to the
U.S. military since it became a U.S. territory in 1898. The historic attack on Pearl Harbor on December 7, 1941, which led the United States into World War II, was the most notable event in Hawaii’s military history. More than 2,000 American soldiers and sailors lost their lives on what became known as “a date which will live in infamy.”

Today, the military is the second largest economic driver for the state of Hawaii with more than
146,000 military members and their dependents across the state representing the Army, Navy,
Air Force, Marines, Coast Guard, and National Guard.

The novel Coronavirus, also known as COVID-19, becomes a global pandemic. Tourism becomes Hawaii’s hardest hit economic sector with significant job losses as the state enforces a stay-at-home order along with a mandatory quarantine for travelers. The U.S. Navy continues to host RIMPAC 2020, the world’s largest maritime exercise, but the drills are only held at sea because of the Coronavirus. Social events on shore are eliminated, and Joint Base Pearl Harbor-Hickam hosts a “minimal footprint” of staff for logistics and support functions. In response to the COVID 19 pandemic, the Department of Defense has issued several memorandums and class deviations pertaining to DoD contract performance. The available resources are located here.

North Korea tests its Pukguksong-3 submarine-launched ballistic missile (SLBM) with an estimated range of 1,900km on October 2, 2019. The missile cold-launched from an underwater platform and landed in Japan’s Exclusive Economic Zone (EEZ).

The U.S. Navy successfully concludes RIMPAC 2018, the largest international maritime exercise on Aug. 2, following more than a month of training events conducted in and around the Hawaiian Islands and Southern California. Twenty-five nations, 46 surface ships, five submarines, 17 land forces, and more than 200 aircraft and 25,000 personnel participated in Rim of the Pacific exercise 2018, which is held every two years.

Defense Secretary Jim Mattis announces that U.S. Pacific Command would now be called U.S. Indo-Pacific Command during a change of command ceremony in May 2018 in Pearl Harbor in recognition of the increasing connectivity between the Indian and Pacific Oceans and to counter Chinese economic and military pressure in the region.

In the first test of its kind, the U.S. Homeland Missile Defense System successfully intercepts and destroys a simulated Intercontinental Ballistic Missile (ICBM) over the Pacific.

U.S. Pacific Fleet hosts Rim of the Pacific (RIMPAC) 2016, the 25th iteration of the world’s largest international maritime training exercise. Twenty six nations and more than 25,000 participate, the most of any RIMPAC year to date.

The U.S., United Kingdom and NATO officially end combat operations in Afghanistan, though several thousand soldiers remain behind in a supporting role.

Congress fails to agree to a deficit-reduction plan, which leads to across-the-board cuts in federal spending called “Sequestration”.

U.S. and Japan conclude an agreement to withdraw about half the U.S. Marines stationed in Okinawa, with 2,700 being sent to Hawaii.

Pres. Obama announces a renewed focus on security and economic cooperation in the Asia-Pacific region, nicknamed the “pivot to the Pacific.”

Read More About the Pivot to the Pacific

The Army’s Installation Management Command (IMCOM) is activated to consolidate and strengthen installation support services to soldiers and their families.

Base Realignment and Closure (BRAC) Commissioners vote to prevent Pearl Harbor Naval Shipyard from being closed or downsized.

One month after the September 11 attacks, the U.S. invades Afghanistan and launches Operation Enduring Freedom.

The U.S. Army Pacific is established.

Hickam AFB is designated as a National Historic Landmark, recognizing it as a historic resource in World War II.

Hickam Air Force Base units assist with the Operation Homecoming, the return of prisoners of war from Vietnam.

Bellows is listed on the National Register of Historic Places as artifacts found there confirm that it is one of the oldest places of human habitation in the Hawaiian Islands.

Hawaii becomes the 50th state of the union.

Camp Smith becomes the headquarters for the U.S. Pacific Command.

The U.S. Pacific Command is established as a unified command.

The Hawaii Air National Guard is established as the 199th Fighter Squadron.

The 14th Coast Guard District is established in Honolulu with 230 personnel.

The Army Air Corps constructs Hickam Field which is completed in 1935 adjacent to Pearl Harbor.

The U.S. Hawaiian Department replaces the U.S. Army District. It is headquartered in the Alexander Young Hotel.

The U.S. Army District of Hawaii command forms as a sub-element of the Department of California.

Pearl Harbor is established as a U.S. naval base.

Fort Shafter, the oldest Army installation in Hawaii, is established.

The first permanent garrison of Marines is established.

Hawaii is annexed into the United States.

The National Guard of Hawaii is converted into the Hawaii Territorial Guard.